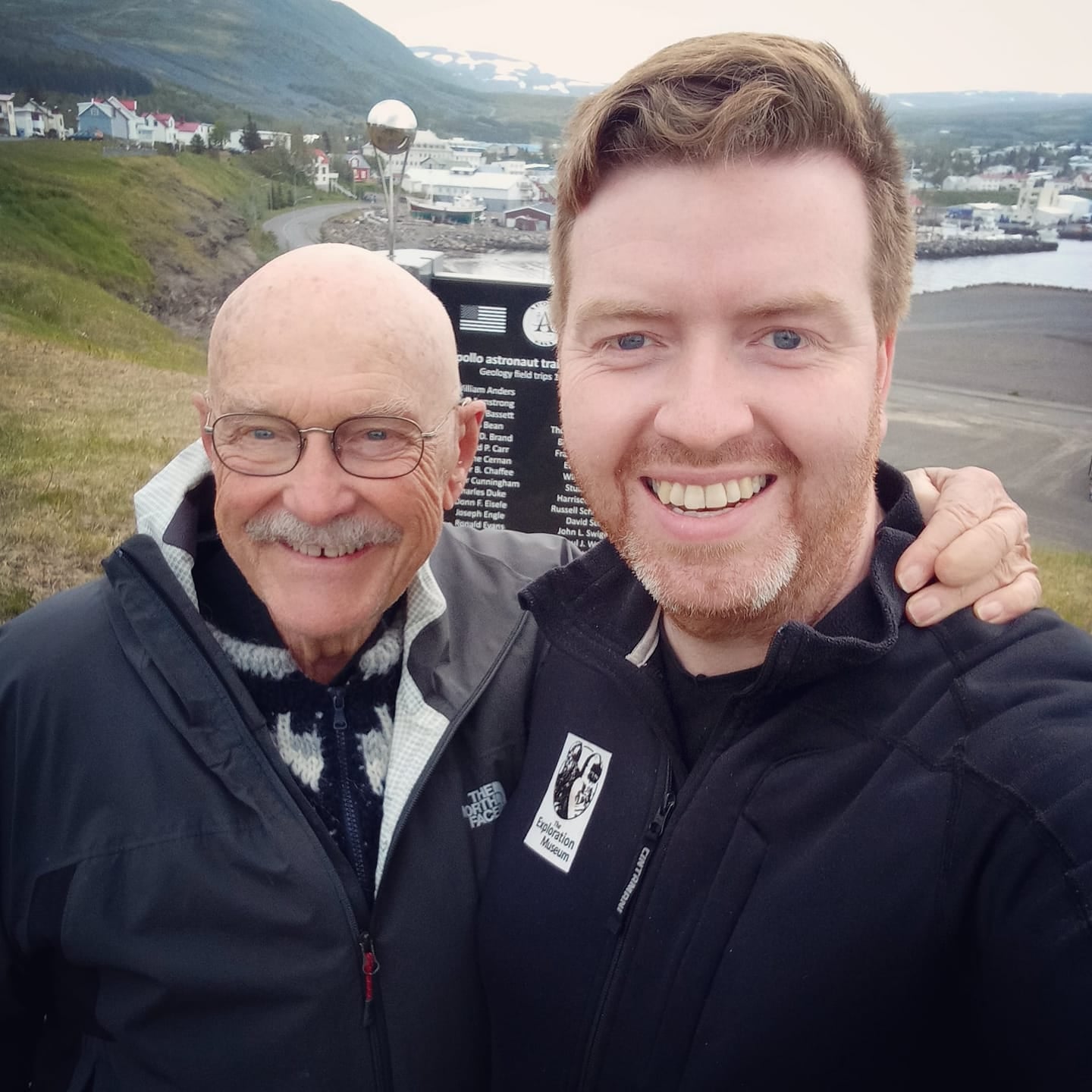 Loren Acton is an American physicist who flew on a Space Shuttle mission STS-51-F as a Payload Specialist. Acton is now in Iceland. Yesterday, Acton visited Húsavík and met Örlygur Hnefill Örlygsson, founder of The Exploration Museum and owner of Iceland Geospace, which provides services to scientists as well as space enthusiasts. Acton was a senior staff scientist with the Space Sciences Laboratory, Lockheed Palo Alto Research Laboratory, California. He was selected as one of four payload specialists for Spacelab 2 on August 9, 1978. After seven years of training, he went on a mission to space in 1985. Acton travelled over 2.8 million miles in 126 Earth orbits, logging over 190 hours in space. The photos are published with the kind permission of Örlygur Hnefil Örlygsson and NASA.